Georg (Uwe Fischer) is in a life crisis. His wife Susanne (Lucie Lechner) continues to climb the career ladder, while he has to deal with his cocky boss. At a men's evening with his best friend Tobi (Sebastian Anton Maria Brummer) brings him to an idea. Georg needs a break and finds it in a young beauty in the disco. A night with unforeseen consequences .....

Nelson Berger, who also wrote the screenplay in collaboration with Sebastian Brummer, brings a clever story to the screen, which neatly cheers the laughter with high speed and some very pointed dialogues. The characters like to step into various pitfalls and fight their conflicts. The entire ensemble knows how to convince, especially Uwe Fischer, whose portrayal of a man in the mid-life crisis is incredibly natural. The joy of the actors in this project is also noticeable at any time. Lucie Lechner obviously feels well in the role of the cheerful career woman, while Peter Bosch as a cocky boss hanging out the disgust.

Special mention goes to Sebastian Anton Maria Brummer, who spreads a lot of jokes in his short performances and really gets the action going. All this sounds wonderfully unobtrusive and yet the film music accentuates. Spontaneously recorded in a few days on the piano and the guitar, it gives the event a refreshing lightness. Conclusion: A stalled clock as a metaphor for a resting marriage.

Director Nelson Berger and his team have put on "half past seven" a sympathetic and extremely entertaining low-budget comedy that knows how to convince with their high speed and numerous funny scenes. 4 **** of 5 ***** stars

END_OF_DOCUMENT_TOKEN_TO_BE_REPLACED 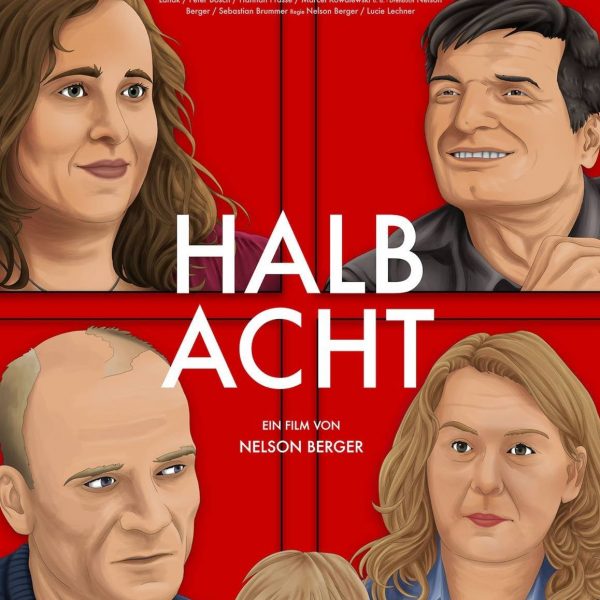